The goal of Volts by Volvo is to stimulate drivers of electric and plug-in hybrid cars to charge their car without leaving an impact on the environment.

Next to the kick-off press conference at the Brussels Motorshow, the campaign will surely be spread through online media. Consumers will be able to find more information about the activation on the website voltsbyvolvo.be and via the communication channels of Eneco. In addition, the Volts by Volvo campaign will be visible on all social media channels of Volvo, due to a smart digital plan and a retargeting strategy. These extra touchpoints will make sure that a maximum number of Belgians register for a green energy contract.

The Volts by Volvo campaign is part of the ambitious international climate goals that Volvo Cars wants to achieve by 2025. By that time, the car maker wants to be completely climate neutral in all its industrial processes. The company has already taken many steps in this direction. The Volvo factory in Ghent has been producing green electricity via hydroelectric power stations since 2008. Since 2010, part of the electricity production has been generated by wind turbines on site. In 2016, Volvo Car Gent and Stora Enso Langerbrugge opened their underground heat grid, an action that reduced the factory's CO2 consumption by 40%. Together with Eneco, Volvo Car Gent started in 2018 with the installation of 15,000 solar panels on the factory buildings. The panels produce 5.4% of the total annual electricity consumption. Volvo employees can enjoy the return.

Credits: see below in attach. 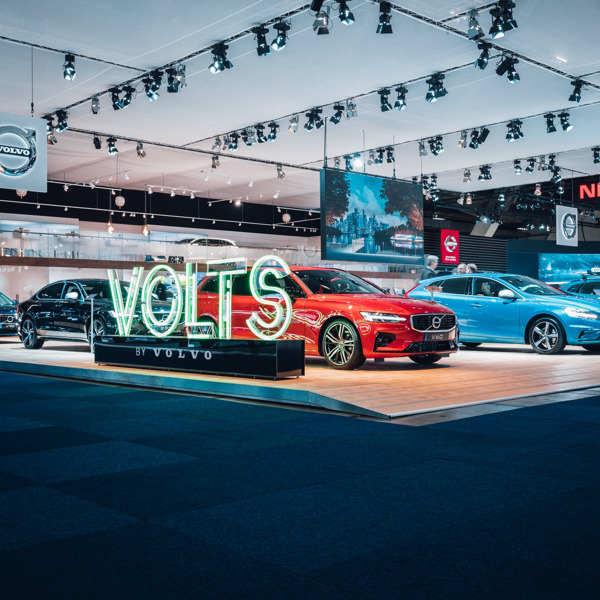