Christmas period also favourite period for burglars
The number of burglaries has risen sharply in recent years. In 2011, the federal police measured an increase of at least 11%, compared with the previous year. Police statistics also show that most burglaries take place during the dark winter months. The highest burglary rates are traditionally measured from October to March, with an absolute peak in December.

Location-based social media godsend for burglars
Paul Schoolmeesters, spokesperson for Securitas: "In addition to the increase in the number of burglaries, we recorded a second evolution in recent years, which we at Securitas worry about at least as much: Belgians share more and more personal information on social media like Twitter, Foursquare and Facebook. Not only do people share what they do, think and feel, but also where they are. And that does unfortunately not always happen in a sensible way. Letting everyone know where you are, above all means that it is known where one is not currently located. When this information is shared on an unsecured and therefore public account (most Twitter accounts are not protected) one may as well leave the door wide open when leaving the house."

@flat screen just checked-out @Steven’s House
To warn people against careless use of social media, Securitas launched a remarkable awareness campaign on 18 December 2012. Belgians who share their Twitter check-in on Foursquare, in which they indicate not to be home, will immediately receive an interesting Tweet reply:

Securitas is a knowledge leader in the fields of surveillance and security. Securitas has an eye for the specific security needs of each customer and the company has therefore seen sustainable and financially healthy growth in 50 countries in America, Europe, Africa, the Middle East and Asia. Whether monitoring a shop or an airport, our staff will always make a difference. 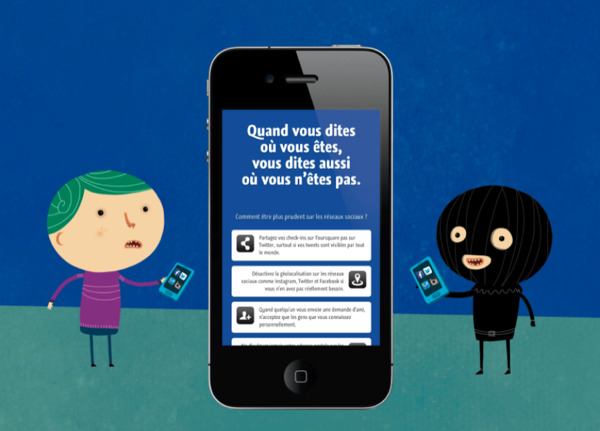