NotFound.org was launched in Belgium on 25 September 2012. The project immediately drew the attention of national and international media. A huge number of websites downloaded the application onto their 404 pages, with more than 73,000 missing children posters displayed every day. Since the launch, MCE have received several requests to expand the project on a global scale. After 8 months of analysis and development, we are finally ready to integrate 6 new countries in Europe.

Several NGOs have expressed their wish to develop the NotFound project in their countries. On International Missing Children’s Day, 25 May, the expansion of the initiative in Cyprus, France, Greece, Italy, Spain and the UK will be officially announced. The www.notfound.org website has been improved to meet the needs of all these countries, and to ensure the successful mass distribution of missing children posters.

And the project won’t stop at the European borders. MCE is working towards the integration of Canada, and requests for partnerships are already coming in from America and Asia.

NotFound was launched by Missing Children Europe, in co-operation with its Belgian member organisation Child Focus, and the creative agency Famous. The project aimed to use the internet 404 error pages to disseminate information about missing children on a wide scale.

With help from Amazon Web Services, Inc. (“AWS”)
Missing Children Europe is now benefitting from a very valuable relationship in the expansion of NotFound where AWS has offered to host the www.notfound.org website. This will further help the development of the project on a global scale.

Beyond the expansion of NotFound, International Missing Children’s Day will focus on how new technologies can contribute to finding missing children. Following the success it had over the last 3 years in the UK, where such a campaign was launched by the MCE member organization, charity Missing People, Missing Children Europe will launch a campaign on Twitter with several members of MCE regularly tweeting a message concerning a child who is missing. To give these disappearances a European visibility, in the week from 27 May to 4 June Missing Children Europe will retweet a disappearance from a different country twice-a-day. European leaders and decision-makers are invited to share these tweets in order for them to reach a larger audience. It is an easy, modern and non-costly way to get involved and support families whose children are missing. For more information, follow MCE on Twitter at @MissingChildEU, #missingchildrensday. 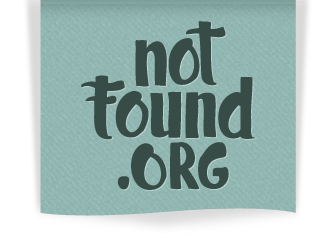